Five Tips to Make a More Secure Internet of Things 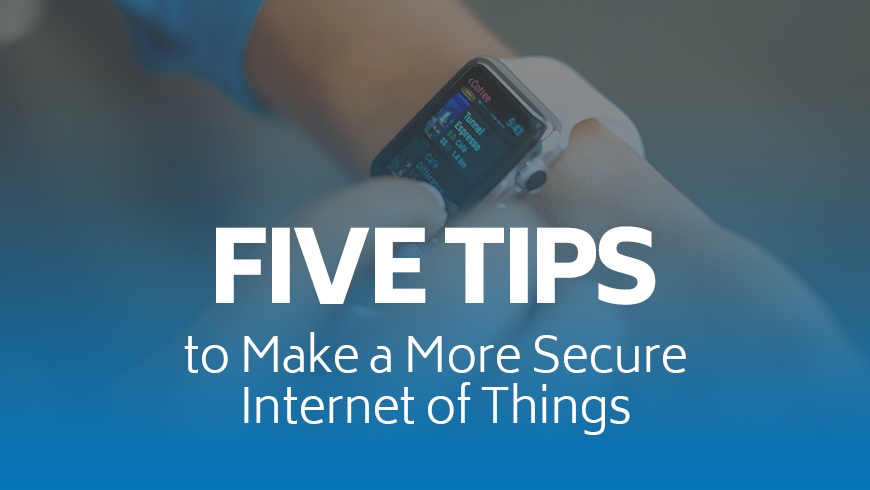 The Internet of Things (IoT) has positively exploded into our daily lives. We see IoT devices everywhere, from our workplace to our homes. It is inevitable that a new technology will become ubiquitous after it hits the headlines, and thanks to the IoT, many have done just that--repeatedly—even if the headlines aren’t always positive.

For instance, my daughter had an IoT toy that experienced a similar furor—a beloved doll called “My Friend Cayla.” My daughter would ask the doll a question, which was then sent to an app that converted it to text. The text was then used to look the answer up online before returning the answer to the doll, and Cayla would then speak the answer back to my daughter. That’s cute and exciting for a toy, but for a privacy expert, it was a bit creepy. In fact, German regulators agreed on the last sentiment and were concerned. They saw “My Friend Cayla” more as “My Spy Cayla,” and banned the doll on the grounds that it was a surveillance device. Negative headlines, indeed; and in fact, the IoT has been disparaged more than once for worries over surveillance and tracking, thanks to Cayla and other devices like the Amazon Echo.

But look at the bright side—it can also be technology used for good. IoT wearables have saved lives, including the life of a 42-year-old patient at the Lady of Lourdes Medical Center that had been admitted with a heart arrhythmia. At the time, doctors had two courses of action, each dependent on knowing how long the arrhythmia had been occurring. With permission, they accessed the patient’s Fitbit and were able to ascertain the facts they needed to give him life-saving treatment. Beneficial IoT tech doesn’t even have to be worn—these days, you can even get a "smart mattress" that collects data on your sleeping patterns and helps improve your overall state of health.

To make the most of what can be empowering technology, that technology must be simultaneously optimized to do its job while also not exposing personal data, as they do generate a generous amount of it. They also, generally, are custodians of other Personally Identifiable Information (PII), such as name, address, passwords and even your physical location. In the case of the man saved by his Fitbit, his wife gave consent to the doctors at that time to use that information created by the device, but what should or could be done if a location-enabled IoT device was utilized criminally to stalk someone?

With the following tips, you can help to keep the risk of leaked or stolen information to a minimum.

Five Tips to Keep You and
Your IoT Device Safe

Tip #1: Buy Your IoT Device from a Known Supplier
Once you start using an IoT device, you will need to share your own PII and potentially lots of other types of data, depending on the device. This can include health data, home utility information, and your location. All these data sets are sent to a cloud repository—often via a mobile app. That’s a significant amount of personal data being shared with a third party, so it’s important to check the credibility of the supplier when purchasing an IoT device. Established suppliers with brand equity are more likely to adhere to industry standards and best practices like using “secure-coding,” security and privacy by design, and pushing regular software updates. Act like a lawyer and read the supplier's privacy policy. Identify why they must use your data, and make sure they don't include draconian clauses for reselling your data onto third parties. And if their privacy policy doesn’t exist? Don’t even consider buying.

Tip #2: Secure Your Wi-Fi
Our homes are now becoming the hub of IoT devices. The “smart-home” is no longer science fiction but attainable for many people able to purchase devices such as the Nest, Ring Doorbell, and Amazon Echo that are easily available. To keep your smart home secure, you need to keep your home router secure. One of the main security issues of routers is that many come with default passwords. These passwords are often guessable, or brute forced by hackers. Change your router password to be complex as soon as you set up the router.

Tip #3: Keep your IoT Device Up to Date
The WannaCry ransomware cyberattack was a stark reminder that software updates are not a luxury, but a vital necessity. Applying patches to computer software is just good, standard security practice--this is no less true of IoT devices. Unfortunately, research by Ubuntu found that 40% of consumers never actively update their smart device. If you can directly update your IoT device firmware, you should.  If not, look to see how those devices are automatically updated, and if they are not, consider not using them.

Tip #4: Keep Your Mobile Secure Too
Mobile apps and IoT devices often go together - the IoT sensors transfer data back to the app so it can be visualized by the human operator. Keeping your mobile phone secure by ensuring that the latest updates are installed helps keep your IoT-generated data safe. Also, make sure that the app you use with an IoT device is downloaded from a safe site, such as the manufacturer’s website or a legitimate app store. When you install the mobile app, check out the settings and ensure privacy permissions reflect your comfort level, including the configuration of the location services.

Tip #5: Device Stock Check
IoT devices are meant to connect to one another. In a home setting, for example, you can use Alexa to switch IoT light bulbs on and off, or open and close curtains, and so on. As such, you could potentially end up with several individual IoT devices linked together, so keeping an IoT device inventory would be smart. A tool like Cujo could help, as it keeps track of all devices connected to the internet, so you know what you need to secure, allowing you to then more easily control any situation. Keeping track of how your devices are operating will let you have an early view of unauthorized access. 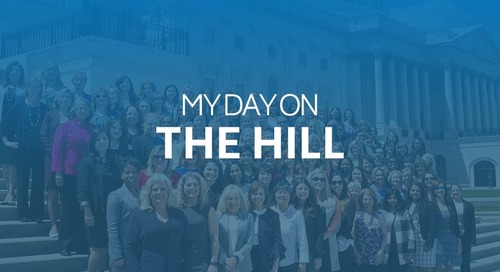 My Day on The Hill

I join the EWF on Capitol Hill 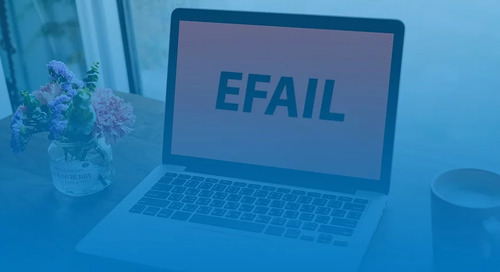 EFAIL - They weren't kidding about the pretty good part