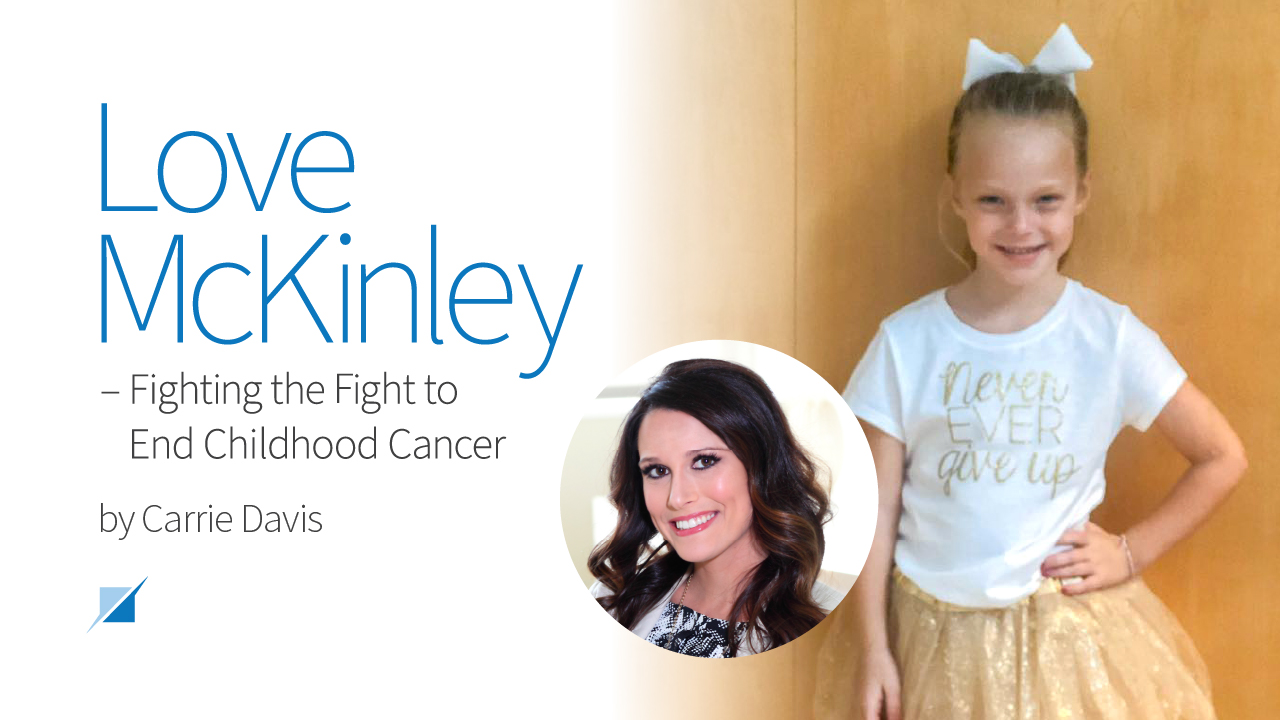 Imagine a healthy, blue eyed two-year-old little girl with blonde pigtails playing with her big brother. She has an accident and breaks her arm. No big deal, bones heal.

But while the break mends, the pigtailed beauty seems to be fussier and more frustrated than normal. Her mom initially chalks it up to the broken arm, but her “mommy spider-senses” keep tingling. Something about her little girl’s eyes seem off—they looked tired and heavy, almost like she has “sick eyes,” but how could this be? Bones break and then they heal, but they don’t make children appear sick. Trusting her gut, the mother calls the pediatrician to schedule an appointment.

While sitting at the doctor’s office waiting, the anxious mother watches her two-year-old chasing happily after her old brother—round and round the train table in the waiting room, she chases him. As their mother watches on, she has the thought, “this doctor is going to think I’m nuts! What are we doing here?” But Mom silences her inner voice and continues to sit and wait, trusting her gut.

It was finally their turn to see the pediatrician, and the doctor asks, “what brings you in today?” The nervous mother pauses and thinks before confessing. “Well, there are a few weird things that I’ve noticed. She has this weird, hard, and tiny sunflower seed sized bump behind her ear.” Unfazed, the doctor responds by asking if the child has experienced any mouth bleeding. Perplexed by the pediatrician’s reaction, Mom admits that, “actually, yes. She had a tiny blood stain on her bed sheet one morning recently, but I thought I had just brushed her teeth a little too hard the night before.”

The mother continues to talk. “My best friend recently commented that she looked pale to her, but I attributed that to her having a broken arm, so she hasn’t been swimming and playing in the sun like her brother.” The dialogue continues, with the mother explaining that though her daughter has run a low-grade fever off and on for a few days, she appears to have no other symptoms. Upon examination, the doctor discovers that the two-year-old’s spleen is enlarged, and that it could be a “viral invasion.”  Now only more confused, Mom rattles off around 500 questions, growing even more anxious, while the doctor quickly swings open his door and yells down the hallway to his nurse for a “stat blood work-up.” Facing the worried mother once again, the doctor explains that “it could be a lot of things, but I want to rule out cancer.”

Time stops. What did he just say? The results of the bloodwork and ultrasound eventually come in, and then the uneasy mother hears it—the words that no parent ever wants to hear: “it’s cancer.” Somehow, it had only been about 45 minutes since she’d been watching her baby girl eagerly chase her older brother around the train table in the waiting room, questioning the decision to bring her in for an exam. But now, her two-year-old daughter had leukemia. It was devastating.

Around 43 kids are diagnosed with cancer every day, and McKinley Moore—the blonde, pigtailed beauty—became one of those children. Acute Lymphocytic Leukemia (ALL) is the most common childhood cancer, and it is extremely aggressive. Treatment for little girls can last 2.5 years, while treatment for little boys can last an additional year after that—treatments must last so long in order to try and ensure that the cancer is gone and that it NEVER comes back.

McKinley’s treatment lasted 2.5 years. The brave two-year-old had daily oral chemotherapy, IV chemos, steroids, and lumbar punctures—also known as spinal taps. It’s hard to imagine a two-year old girl enduring 16 spinal taps over the course of her treatment, but that’s not all. She also had to undergo the painful process of Bone Marrow Aspiration, which involves taking a sample of the liquid part of the soft tissue inside your bones.

"The friendship made between the girls is one of a kind, but the bond that we moms share is just as strong, if not stronger."

Over the course of their journey, McKinley and her mom, Karen, developed a strong support system, as three other little girls began treatment around the same time as McKinley did. Together, these brave, strong, and fearless warriors became the Tutu Girls. Karen explains, “I couldn’t have gotten through those tough years without the Tutu Girls’ moms. The friendship made between the girls is one of a kind, but the bond that we moms share is just as strong, if not stronger.”

Three of the four girls, including McKinley, are now in remission, but sadly one is still fighting her battle with leukemia. That courageous Tutu Girl has relapsed six times since her original diagnosis.

This is where Love McKinley comes in. Founded in April of 2016 by McKinley’s parents and friends shortly after her diagnosis,  Love McKinley channeled the support the family received into an organization created to help the many other parents that have been impacted by this disease. Through an official partnership with John Hopkins All Children’s Hospital, Love McKinley directs a program that improves the resources available to families throughout the course of treatment. As one of their other primary goals, Love McKinley has also made direct financial support available for local families to use for expenses associated with the care of their child. But not only does Love McKinley help families with costs after diagnosis, they have also joined up with Northwestern Mutual’s Alex’s Lemonade Stand to support research that will help put an end to this disease.

Since Love McKinley’s inception in 2016, this non-profit organization has raised over $400,000 through the Annual Love McKinley Golf Tournament and silent auction, the Love McKinley Gala, and online donations. This money has gone to helping 17 families and the purchase of items such as iPads and iPad stands for the kids to play with during treatment at All Children’s.

Though this organization has become important to so many, it holds a special place in my heart as well. From 2013-2015, my husband, Bennett, and I lived in Sarasota. During that time, we met Karen and Casey Moore, McKinley’s parents, as Casey was a co-worker of Bennett’s. But the connection doesn’t stop there. In 2014, my husband’s best friend started dating a girl that he would eventually marry two years later—she turned out to be first cousins with Casey Moore. Since then, our friendship with these two couples has continued to grow throughout the years, and we’ve spent many nights playing games, having date nights, and doing happy hours with these people. Not only that, but my family has also actively participated in volunteering and attending several Love McKinley events.

Each year, in the middle of July, we help prep for that aforementioned Love McKinley Golf tournament and silent auction. In years past, auction items have included an autographed football from Florida Gators head coach Dan Mullen including additional sideline passes, passes to Universal Studios/Island of Adventure including a free hotel stay, an autographed poster from Christopher Columbus (the director of the first three Harry Potter films), trips to Arizona, Key West and Salt Lake City, and so much more! Unfortunately, this year looked a little different due to COVID-19, and the silent auction had to be canceled, but even so, Love McKinley still managed to have 84 golfers turn out to play—they raised $26,000 for this year’s event.

Though I have always been supportive of the organization and my friends, my perspective of McKinley’s journey is now a little different. Of course, her diagnosis in 2016 pulled at my heartstrings and brought me to tears for this family, but since then, I have become a mom myself and now have a healthy two-year-old little boy, Holden. Having a child of my own has deepened the realization of what Karen and Casey must have felt and gone through as they were told their precious two-year-old daughter had cancer. It shakes me to my core and makes me wonder, what if this had been Holden? What if this IS Holden? It fuels my commitment to the organization and its causes all the more.

Love McKinley’s motto is “to inspire hope and support local families who have been impacted by pediatric cancer, and fund organizations that aspire to find a cure for these brave children.” Join me in recognizing this charity during the month of September for Childhood Cancer Awareness Month.

To do so, please check out the Love McKinley website. If you are a Schellman employee, click the Schellman YourCause tile to donate to this wonderful charity that is helping families impacted by Childhood Cancer while making a difference in the fight to end it! Help Love McKinley move towards no parent ever having to hear the words “it’s cancer” ever again. 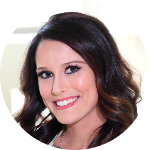 Carrie Davis is the Human Resources Manager at Schellman & Company. 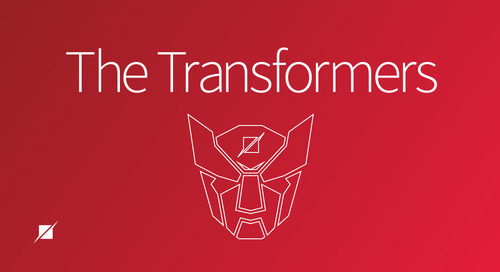 No matter our location, Schellman team members come together or rearrange to achieve the unified goal of pr...

Schellman watches closely for the outcome of the first significant enforcement action by the NYDFS under 23...