Some Thoughts on the Carbanak Attack and Security Control Failures

Anyone reading tech news this weekend likely saw the headlines about a malware attack used to track bank employee activity and mount attacks to make fraudulent ATM withdrawals and send money to dummy accounts. Brian Krebs, who started tracking this story late last year, points out that the targeted emails with malware relied on vulnerabilities that Microsoft had previously patched.

The Kaspersky report he cites specifically states that the Carbanak malware used Microsoft Word 97-2003 (.doc) files and Control Panel Applet (.cpl) files and that the specific vulnerabilities date from as far back as 2012. Further, the Kaspersky report states that once attackers gained access to the infected machines “[they] perform a manual reconnaissance of the victim’s networks.”

Using the video captured from the compromised machines, the attackers observed the victim’s user practices and targeted other machines within the institution to learn how the organization interacted with ATMs, made SWIFT transactions, and other means of making financial disbursements. Then, impersonating the legitimate users, the attackers moved money into dummy accounts under their control, withdrew money from ATMs using money mules, issued payment cards to associates, and withdrew funds, often taking pains to avoid fraud alerts by staying below trigger thresholds of amounts withdrawn.

What we learn from the Carbanak attack is that these attackers patiently worked on the victim organizations, sometimes having access for two to four months in a victim institution, and that these attackers learned the uses and controls around various financial mechanisms used by the victim organizations. Further, these attacks often did not attack customer accounts, which would have been similar to attacks against small business and payroll accounts that have come to prominence in the last few years. Instead the attackers focused directly on systems used by financial institutions, in particular the ATM and SWIFT networks.

If we can draw a few lessons from what we learn about this attack, here are perhaps the most apparent:

In the end, the Carbanak attack represents a measure of sophistication in the cooperation and operations of the criminals responsible, rather than a particularly new or sophisticated technology. This attack so demonstrates that attackers continue to demonstrate an increasing measure of patience and resourcefulness, and that sometimes an attack merits attention not for its technical sophistication, but for the extent of its operations. As such, we need to account for these sorts of adversaries in planning and operating our defenses and controls. 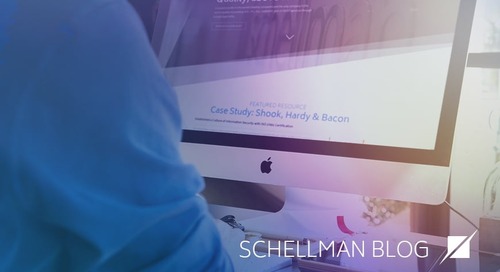 The Value of a Readiness Assessment

Readiness Assessments are designed to assist service organizations in assessing their preparedness for diff...

Schellman's John Cartwright, who always had a love of writing, started as a reporter and eventually found his way to IT assessments and auditing. He shares his story.

In our three-part EnergyTech series, we'll be exploring how modern amenities and the electrical systems that power them remain susceptible to cyberattacks, and solutions for keeping them protected.