A roomful of chief digital officers in suits and ties stood rapt in a Columbia University auditorium, listening as 20-something PhD candidate Jessica Pointing explained the difference between binary and quantum computing bits using a pink-frosted donut with sprinkles. Pointing, formerly at Harvard and now at Stanford University, compared binary code to a donut that can only flip between its frosted or plain face, while “qubits” act like a spinning donut that can expose a multitude of donut-to-frosting ratios depending on its exact position at any moment.

Though quantum computing was the stuff of research and science fiction until recently, becoming informed about quantum computing is no longer a choice for CDOs, CSOs and CISOs. Quantum computing is set to be the next big upheaval in technology. So, those experienced CDOs sat puzzling the possibilities as Pointing made her presentation at their summit meeting in New York. Afterwards, they crowded around her for more information.

In the last two years alone, quantum computing has moved into the cloud and onto the radar of industry and government. In late September, the White House hosted a summit of tech industry and government officers, tasked with “advancing American leadership in quantum information science.” For cybersecurity professionals, the thing to know is that quantum computers can crunch the big numbers to break traditional cryptography that is prohibitive for binary computing.

Getting Ready for Your Quantum Leap

“The world has got to get quantum-ready,” said Dario Gil, Chief Operating Officer of IBM Research and Vice President of AI and Quantum. Speaking at the recent TechCruch Disrupt conference, Gil said, “there’s a massive job to do… in learning the new principles of a fundamentally new form of computation that will be part of the permanent landscape of computing.”

There is no need to panic yet, though, since mainstream adoption is still some time away, said Rick Howard, CSO of Palo Alto Networks. “That is not to say that it will not be an impactful technology when it arrives and we will not see interesting things from that research area before then, but for Quantum Computing to be widespread, we have some time,” he said.

At its most basic, quantum computing uses the principle that a quantum particle can be in more than one state at a time—like light, which can behave as matter or energy. By manipulating those states, a programmer can use qubits to transmit information in ways binary code can’t. Rather than be either 1 or 0, as a binary bit, it can be various combinations at the same time.

The speed and flexibility that quantum computing allows will put automated functions previously unavailable within reach. Quantum computers can build computer simulations of far more complex molecules than is currently feasible, so pharmaceutical manufacturers will be able to test new drugs without long, expensive human trials. Automated systems would respond in almost lifelike manner, even connect remotely with computer systems without needing an Internet connection.

“Quantum computing will theoretically be able to solve a class of problems that have heretofore been unsolvable” with today’s processing capability, said Howard. “With a quantum computer, we could theoretically reduce the number of steps to solving a problem from say, one million steps, to say, one thousand steps. That is a giant improvement and will most likely be used for problems that have to sift through large data sets.”

“This may all sound well and good, except for the fact that internet security is for the most part predicated on the following assumption: it is hard to factor large numbers into their prime components,” said Alex Costas, software engineer of Schellman & Co., an IT audit company.

“The immediate problem in the cybersecurity space that comes to mind is the breaking of cryptologic keys,” said Howard. “A fundamental component of any encryption algorithm is that it uses a mathematically complex computation so that even if the bad guys know what the algorithm is to encrypt a message, it will still take them millions of years to process every potential key to find the correct one. With Quantum Computing, the breaking of keys might be possible.”

Defending systems with quantum encryption would be easier, because it doesn’t require exposing any part of the password to the public, giving hackers nothing to work with. A traditional password can be broken by using available algorithms, but quantum computing can create encryption that doesn’t require a public key, making it safer, said Costas. 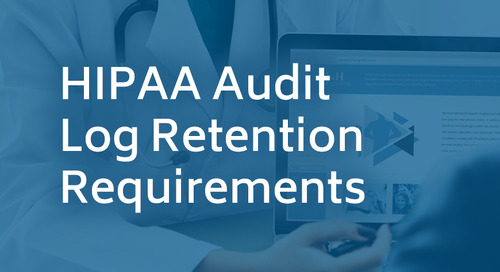 HIPAA Audit Log Retention Requirements – Do I really need to retain all my audit logs for 6 years?

I have been asked this question by a few clients recently and unfortunately the answer is not so... 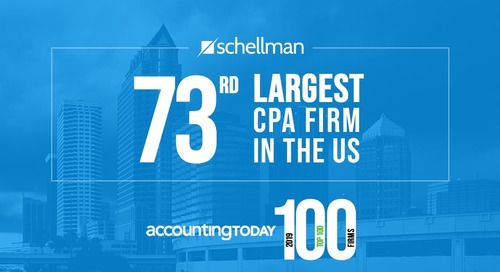