Home » Healthcare » HITRUST Changes on the Horizon
× Share this Article

HITRUST Changes on the Horizon

A few weeks ago, HITRUST unveiled changes to its HITRUST Certification program that will certainly have an impact on healthcare organizations of all sizes.  The two biggest announcements relate to a smaller scale HITRUST CSFBASICs certification path and significant changes to the CSF v9 that is slated for release later this year.

Recognizing the need for small and lower-risk healthcare organizations (e.g., physician practices) to address information security and privacy assurance but those organizations not having the resources, skills, or budget to address the full complement of HITRUST CSF controls, HITRUST announced the development of its CSFBASICs (CSF Basic Assurance and Simple Institution CyberSecurity) program.  The program, which is still in piloting and scheduled for release in Q3 2017, offers a simplified set of CSF requirements that focus on 76 information security controls and 33 privacy controls.  The CSFBASICs program also reduces the number of maturity levels from 5 to 3 when each control is being evaluated.   According to Dan Nutkis, president of HITRUST, the CSFBASICs programs,

As part of its methodology to continuously update the CSF to keep pace with current information security requirements and provide linkages to other information security regulations and frameworks, HITRUST announced that its CSF version update to v9 from v8.1 is scheduled for July 2017.  CSF v9 includes a number of enhancements and changes that affect HITRUST Certification scope:

What does this mean to me?

Depending on the type/size of healthcare organization, the newly announced changes in HITRUST’s press release will result in either a more simplified approach with HITRUST CSFBASICs Certification or expanded scope for HITRUST Certification using CSF v9.  Contact a healthcare assessment specialist at Schellman to determine the approach that is best suited for your organization. 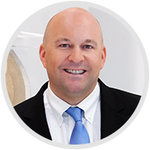 Gary Nelson is a Principal at Schellman. Gary currently helps lead Schellman’s HITRUST and DEA EPCS practices and has been a leading expert of both HITRUST for healthcare service organizations and DEA EPCS for providers of electronic prescription and electronic pharmacy applications. Having completed over 500 service audits, Gary is one of the most experienced service auditors in the United States. 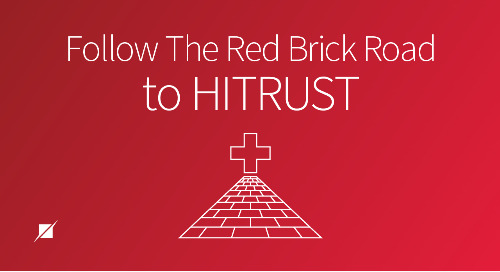 Information security is a concern across industries and healthcare is no exception. To address this issue, ... 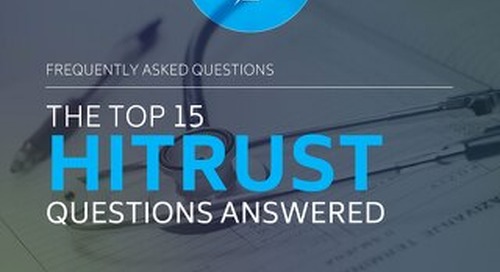 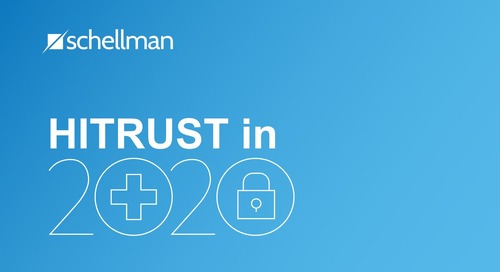 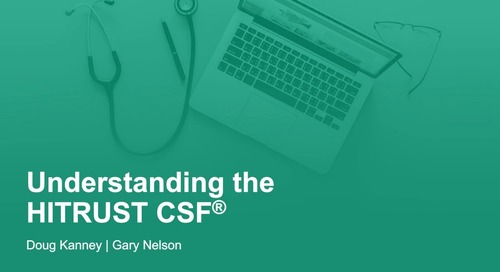 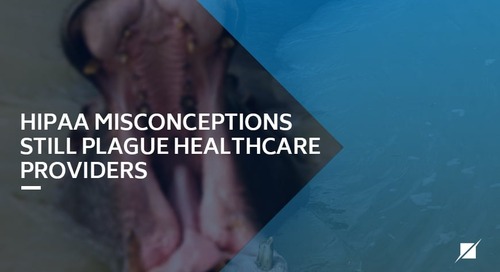 Even after years of living with HIPAA and its many requirements, healthcare providers still labor under misconceptions that could lead to noncompliance penalties, says Gary Nelson,... 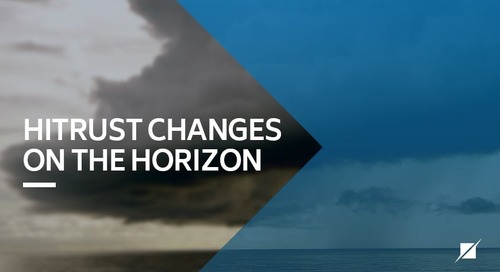 HITRUST Changes on the Horizon

A few weeks ago, HITRUST unveiled changes to its HITRUST Certification program that will certainly have an impact on healthcare organizations of all sizes.  The two biggest... 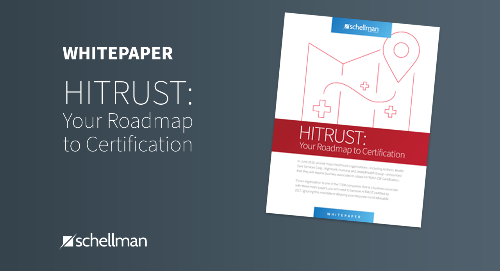 HITRUST: Your Roadmap to Certification by 2017

In June 2015, several major healthcare organizations announced that they will require business associates to obtain. Ignoring this mandate or delaying your response is not advisable.

Information security is a concern across industries and healthcare is no exception. To address this issue, in 2007 the healthcare sector launched a nonprofit organization called the Health... 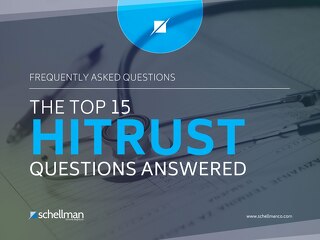 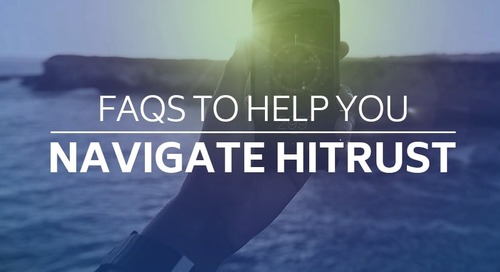 FAQs to Help you Navigate HITRUST

As spending and data collection and creation in the healthcare industry increase, healthcare organizations are under immense pressure to improve quality, reduce complexity, and keep patient data... 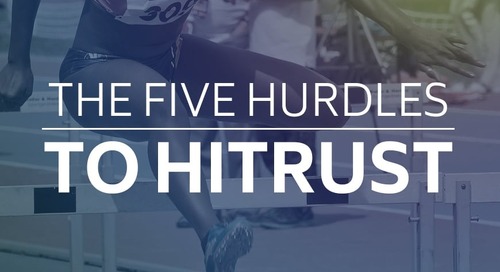 The FIVE Hurdles to HITRUST

As larger players in the healthcare industry like Anthem, Humana, and UnitedHealth Group begin to embrace the HITRUST Common Security Framework (CSF) in an attempt to manage the ever-evolving... 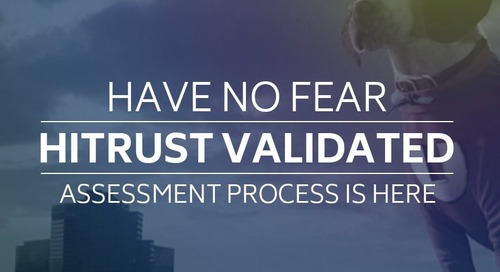 Have No Fear: HITRUST Validated Assessment Process is Here

Healthcare service providers are being told that they must begin their HITRUST Validated Assessment process soon, especially to meet the 2017 deadline for HITRUST Certification.  The looming... 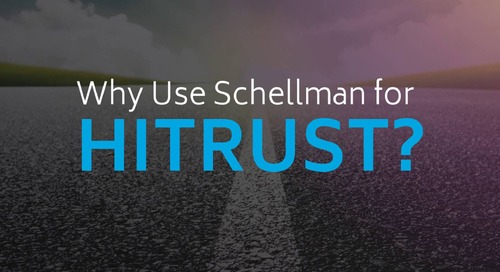 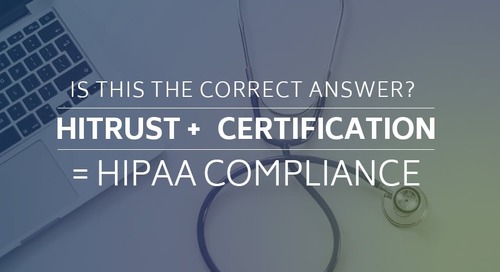 Is This The Correct Answer? HITRUST + Certification = HIPAA Compliance 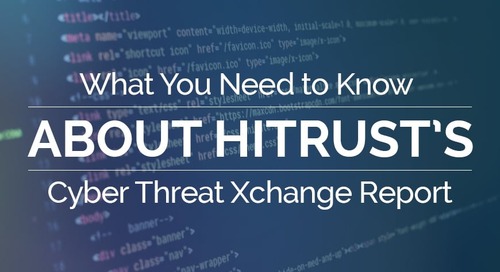 What You Need to Know About HITRUST's Cyber Threat Xchange Report 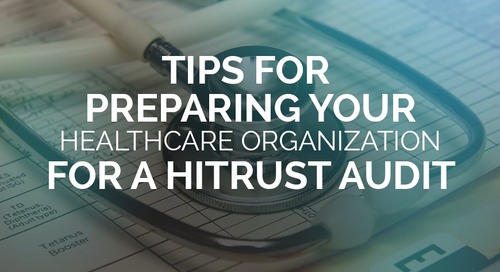 Tips for Preparing Your Healthcare Organization for a HITRUST Audit

The Health Information Trust Alliance is a U.S.-based organization that works with healthcare, technology and information security leaders to establish a Common Security Framework (CSF). A CSF is... 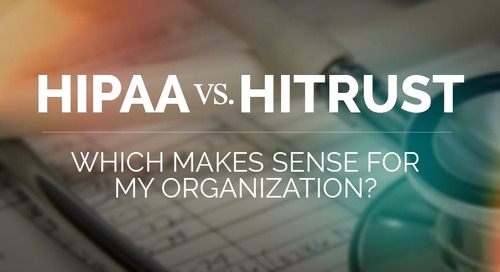 HIPAA vs. HITRUST CSF - Which Makes Sense for My Organization?

Organizations must make important and budget-impacting decisions when determining how to achieve and report compliance with healthcare industry regulations and information protection standards.... 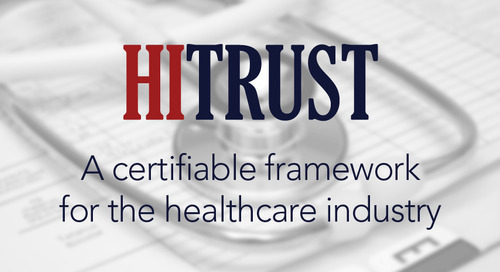 HITRUST: A certifiable framework for the healthcare industry

The Health Information Trust Alliance (HITRUST) is an organization made up of leaders from a variety of industries, including Health Care, Security, and Information Technology, which was founded...